A Glimmer of Hope in NY?

The Livelihoods Fund lies at the cornerstone of the current debates on climate change and development, which are key factors impacting international negotiations on the environment. Bernard Giraud, President of Livelihoods Venture, shares some of his views one week after Climate Week, organized by the United Nations, took place in New York from September 22-28, 2014. 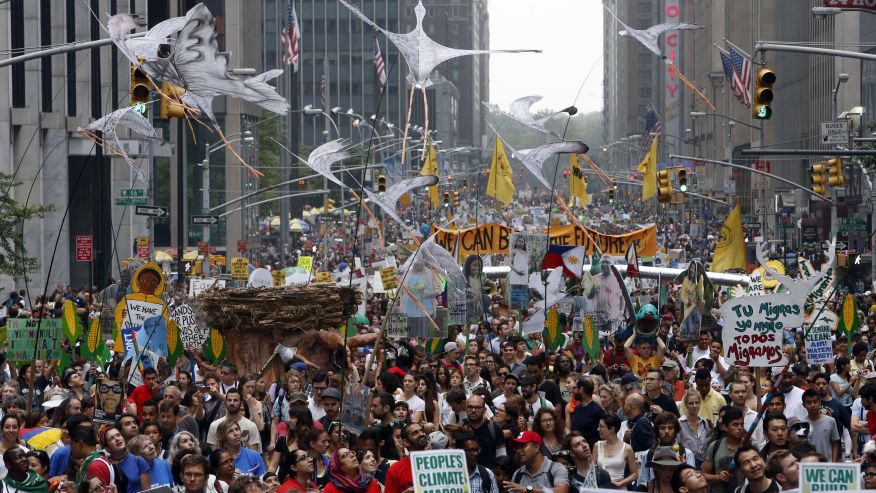 Several hundred heads of state, government, private corporations, and mayors of large cities, as well as NGOs gathered to prepare the next steps on climate talks, notably for the Conference of Parties (COP21) that will take place in Paris in December 2015. Do we have reasons to be optimistic? Some are already muttering to themselves, “Yet another conference, after so many others!” because since Copenhagen in 2009, international climate talks have hit multiple roadblocks, preventing any concrete global agreement from emerging.

Yet certain positive declarations were made in New York. The financing of the new Green Fund dedicated to aiding developing nations confront the consequences of climate change is encouraging. The French president set a good example by pledging to donate 1 billion euros from now through 2018. The U.N. Secretary General, Ban Ki-Moon, insisted on the necessity to “give a price to carbon” and the World Bank announced an initiative with 73 governments and a thousand companies to work towards fixing the price of carbon. The “New York Declaration on Forests” was also made, which aims to halve deforestation by 2020 and end it completely by 2030. Should we view these actions as encouraging signals for the upcoming COP in Paris? 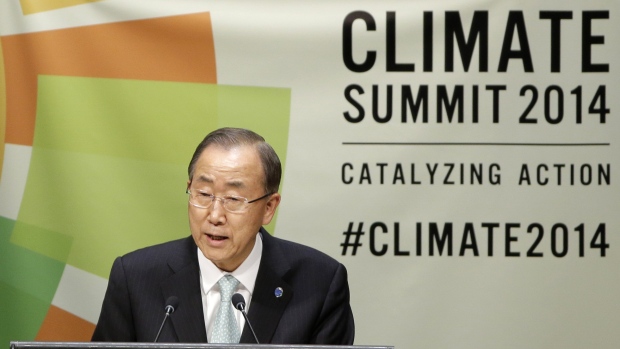 The issue has become urgent: With our current level of CO2 emissions, our planet is on a dangerous path to experiencing global warming by more than 2° Celsius, which was the benchmark that the world promised not to bypass. Yet change seems to be underway. The Climate March, which gathered 400,000 people in the streets of New York and in other big cities, is confirming a positive trend of engagement on this issue. As high-level negotiations between countries drag along at snail’s pace, civil society, the private sector, and cities are mobilizing and taking the lead. For instance, hundreds of companies and numerous mayors were present in New York. These  new actors are becoming more and more vital in crafting concrete solutions to climate change, such as the transition to new technological and economic models. The world of finance, which was previously absent from this realm, has started to weigh in and engage: In New York, 350 big investors managing 24,000 billion dollars worth of funds have committed to lowering their carbon emissions.

The challenge that remains today is to get nations to sign concrete commitments at the COP in Paris and to set a calendar of emissions reductions. Victory cannot be claimed as long as nations view defense and national security interests as more important and pressing than climate change. Yet what we can say with certainty is this: the mobilization of each and every individual in society will be essential in tipping the scales in favor of our future generations.

PrevPreviousWe are happy to announce the Livelihoods Camp will take place in Burkina Faso next February 2015!
NextFrench Minister Annick Girardin visits our project in Senegal!Next