Naandi which in Sanskrit (Indian tongue) means a new beginning; is one of the largest and fastest growing social sector organisations in India working in three sectors: Child rights, safe drinking water and sustainable livelihoods. Livelihoods Fund decided to carry out an extensive program of reforestation (Planting fruit trees) with Naandi foundation. Last year 700 ha has been planted, 2000 will be in 2011.

Through these few words Manoj Kumar, the CEO of Naandi foundation is talking about the capacity of his organisation to carry out this program with the local population  which goes far beyond planting fruit trees. 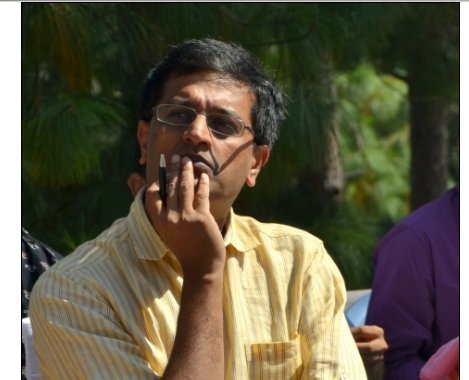 What are the characteristics of the Araku Valley and the people who live there ?

Manoj Kumar:  This 4000 feet above sea level place is the less discovered ‘Eastern Ghats’ hill range of India which is a government protected ‘tribal area’ where 100 percent population is indigenous adivasis (first inhabitants). Since no outsider can buy property, the nearly 200 sqkm region is still pristine, unspoiled with no factory or signs of industrialization. Given this, the inhabitant communities still survive on a subsistence agro forestry economy with no formal linkages to outside world (markets). Dependent on government doles these communities are beginning to lose faith in nature despite predominantly remaining animists. To conserve forest, revive the soil and ecosystem and create sustained livelihoods Araku deserved support from the Global Livelihoods Fund.

What are the strengths of the Naandi organisation to make this complex project a real success?

Manoj: Naandi with its excellent human capital at its top and a very connected  team recruited from the local  communities has already a credible, proven track record of successful implementation of large scale programs in diverse regions of India. They have been working with the communities in Araku for the past ten years and have a very strong bonding built on trust, mutual respect and measured success for the communities. This was an ideal partner to serve as ‘fund managers’ who can facilitate the realization of the livelihood goals.

What is the “secret” of such a community mobilisation ?

Manoj: By a very interactive, participatory and engaged approach, Naandi has made the communities to embrace the large scale horticulture as a new way of life rather than a mere program. The fact that scores of local youth have become agro-forestry entrepreneurs by creating nurseries for supplying thousands of saplings to the farmers is a testimonial for this. Naandi and David Hogg is beginning to make Horticulture ‘cool and sexy’ and thereby deepen the ‘culture’ to the next generation and beyond.

It seems that the Araku project goes much beyond the plantation of fruit trees ?

Manoj:  With no dams or irrigation systems, the gradually eroding rain fed topography is being revived, restored and converted into a sustainable ecosystem through this six million tree plantation drive.
Lastly, these private farmer lands are now looked after by the whole family as a tradition and not as a mere wage giving activity. But the interconnectivity across the villages have made them feel as a wholesome big family of farmers who can reap the economies of scale!

Thanks again for choosing us as partners in your livelihoods dream.