The call of the land in Ethiopia

You will find here my feeling after a trip to Ethiopia. I spent a few days there with our friends from SOS Sahel Ethiopia; discussing project would be with thousands of small farmers in the Abaya Lake, 350 km away of Addis Ababa in the south, on highlands 1000 and 1600 m high.

I saw a microcosm of the challenges of today’s world and what we can expect tomorrow if we do not take the right decisions.

“The pressure increases with population growth and consumption of firewood”

There are large areas with low population densities which are also growing rapidly. Everywhere the marks of this pressure can be seen on the landscape. For example, there was avast dominating subtropical forest 30-50 years ago. Today, there is nothing left but fragments, covering less than 5% of the total area. The pressure increases with population growth and consumption of firewood. 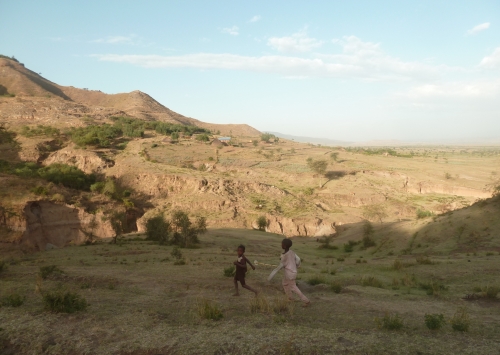 10% of the 120 000 ha that make up the district studied, are now grown in ways that broadly-speaking, ensure the maintenance of a good soil fertility, reduce erosion, and resources varied by intelligent associations of tree-crop-livestock.

The remaining space is split between highly degraded forests and large land used for grazing, heavily eroded where the arable land was washed by the rain.

At the margins of this space, a large “modern” farm managed by foreign managers, occupies a few hundred hectares with machinery and important input factors. It was able to highly increase production which is mainly exported, but has relatively little impact on the 22 000 farming families living in the district. 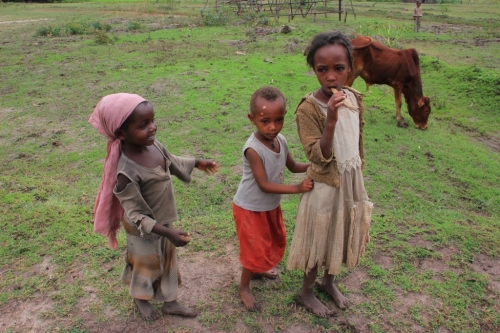 As I have seen in other parts of the world, it is striking to hear how farmers are aware of the link between environmental degradation and the possibility for their children to live by the land. They express the need to radically change even if they

do not yet see clearly how the solutions can be articulated.

“Intensify by combining the intelligence of the earth and men: an absolute necessity”

Another lever is the product of the political history of Ethiopia, which unlike other African countries, has resisted the orders of international institutions in the 90’s, to dismantle its support farming system. Although imperfect and lacking in resources, technical support organizations are present in the field as well as the support of state organizations to market.

Intensify by combining the intelligence of the earth and men seems an absolute necessity in this context. With already very beautiful examples of small agro-forestry farms which put together food productions and cash crops: coffee for export; vegetables, fruits, milk and butter for local and national levels. The depth of organic soil, its dark color, and its balanced texture demonstrates enrichment year after year by the biomass of leaves and vegetation. The combination of cultures, species trees diversity and complementarities between production of fruits, of wood, and of fodder for livestock are major advantages of these farms.  In return, this place “forest-humanized” helps to maintain a level of moisture and biodiversity that makes the system more “resilient”. 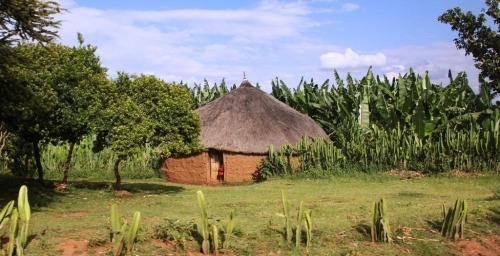 More than heavy financial investments, these agricultural ecosystems need brainpower to be developed at a large scale. A well-managed agroforestry farm can triple or quadruple its production in a few years as showed by similar projects in Eastern Africa.  . The conduct of this model requires complex skills, at a higher level than the usual simplified agriculture with high levels of inputs. The know-how accumulated for years by farmers using this system, technical support, training of farmers’ groups, the contribution of science and research & development are crucial.

The good news is that a growing number of impacting people at all levels, of practitioners and researchers are starting to understand the great potential of these approaches, based on the cycles of life rather than fighting against them.

PrevPreviousHighway Africa 2011: About media and sustainability
NextFour days in the Sundarbans with…Next