The Livelihoods-Coconut project aims at doubling the revenues of 5,000 coconut farmers in the Philippines. This will be possible thanks to the 10-year commitment of Mars, an investor in the Livelihoods Fund for Family Farming, and Franklin Baker Company, a leading coconut products manufacturer and supplier to Mars. Jerry Lorenzo, CEO for Franklin Baker Company shares views with Eric Servat, Director of Development at Livelihoods Venture, to explain the motivations of his 120-year-old company to engage in this project. 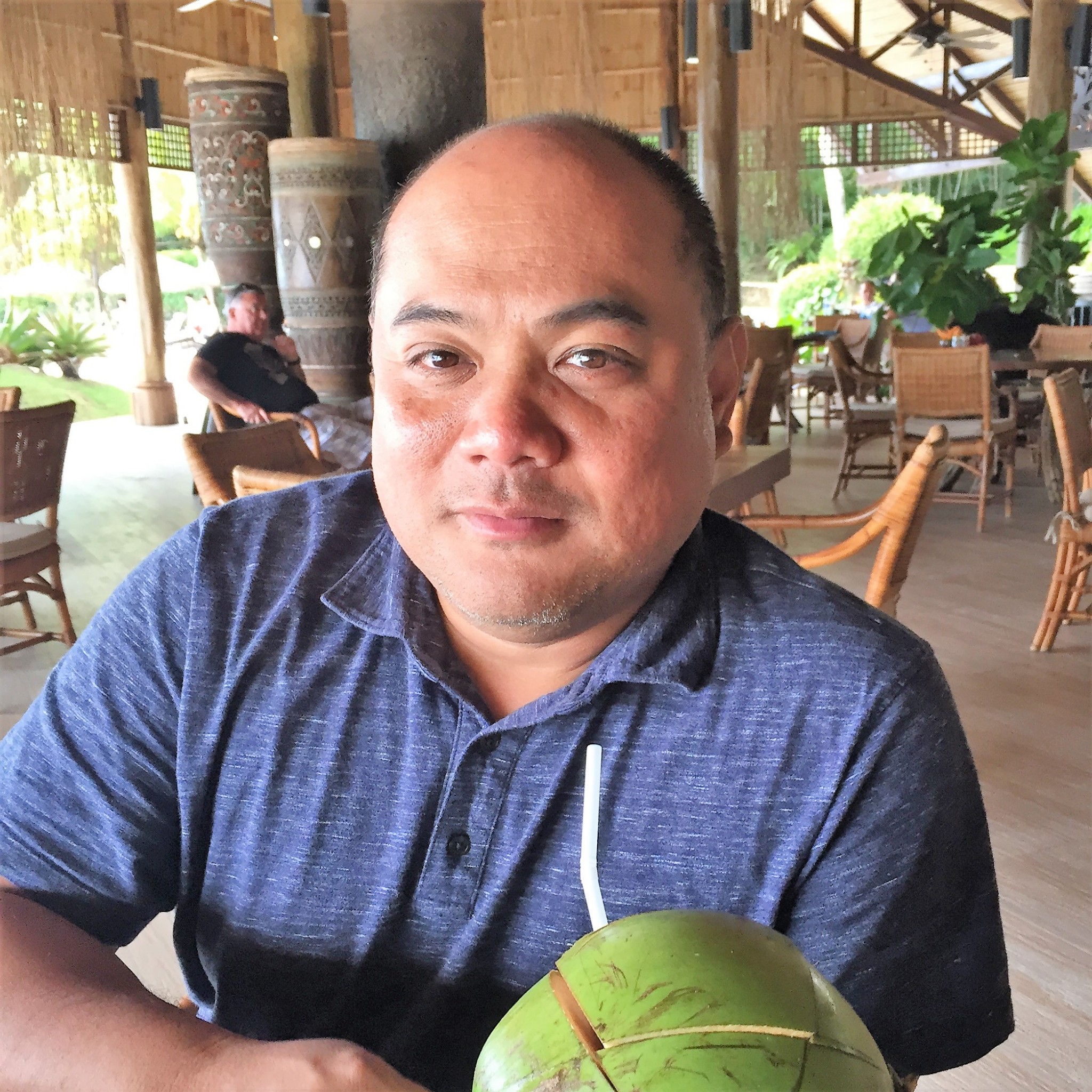 Jerry Lorenzo, CEO of Franklin Baker Company
Jerry was born in the Philippines and he grew up in the United States where his parents migrated. He took his Masters in Business Management in the Philippines to get back to his heritage. Afterwards, he returned to the United States and ultimately worked in the oil and gas sector for the Chandran family, the same family who now owns Franklin Baker. Prior to joining Franklin Baker in 2013, he worked as CFO for the Chandran family’s oil and gas company since 1997 and took the company public in 2006 in Singapore.  He has engaged Franklin Baker in many CSR initiatives (housing projects for poor communities, medical and dental programmes, tree planting…) and is now going a step further towards a more inclusive business with the Livelihoods-Coconut project. 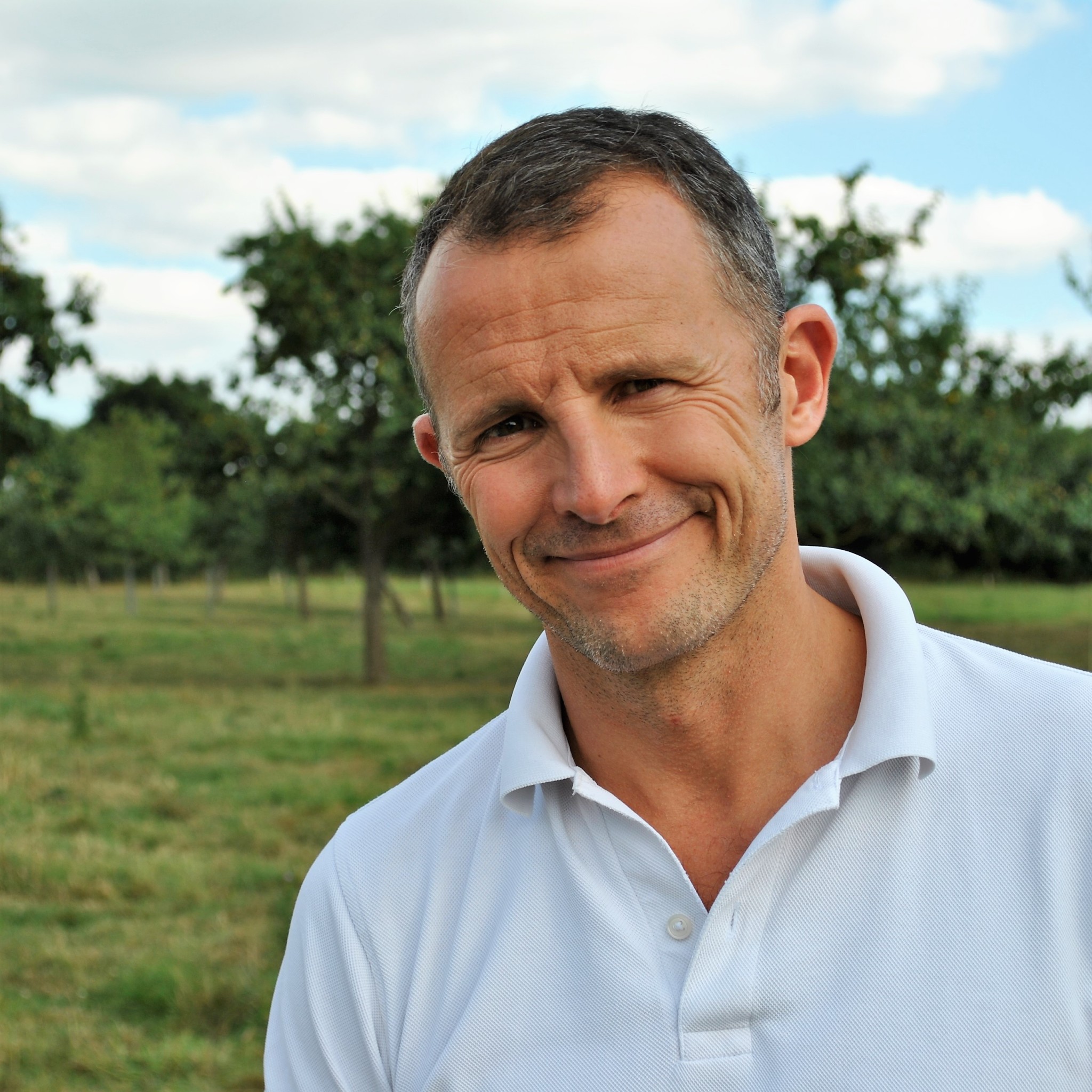 Eric worked for 17 years in procurement in FMCG companies. He then made a career shift and spent nearly ten years working in relief and development NGOs. While working with small-scale farmers in Africa, Asia and South America, Eric experienced first-hand the hardships of scattered rural communities disconnected from stable markets. Since then, he dedicated his work to set up and manage public and private partnerships in the cocoa, spices and tropical oil supply chains. In 2016, he joined Livelihoods Venture and led the design of the Livelihoods-Coconut with his team, Franklin Baker, Mars and IRDF.

Livelihoods Venture: Jerry, can you tell us a few words about Franklin Baker?

Jerry Lorenzo: The story of Franklin Baker started over 120 years ago when Franklin Baker Sr, a flour miller from Philadelphia who sold flour for baking to the Cubans, received a boatload of fresh coconuts as payment from one of his clients. He processed the coconut and created a meaningful desiccated coconut industry in the United Sates making coconut cream pie and coconut cake the second best-selling pies and cakes just behind apple pies and chocolate cakes respectively. The market grew big enough that Franklin Baker needed to increase its supply so he established the first desiccated coconut factory in the Philippines in 1921. Our company now has a broad coconut ingredients portfolio, which includes desiccated coconut, coconut water, virgin coconut oil, coconut flour, etc. In 2006, after a rich history, the company was acquired by a Filipino family who wanted to build on the company’s heritage and grow it to be more meaningful. We’re really in that process of making the company more sustainable and impactful. The way we look at our business is that farmers provide livelihood to Franklin Baker because they are at the start of everything. This is why it is so critical for us to have a direct relationship with the farmers.

Livelihoods Venture: The coconut market is booming while farmers still have low revenues, especially in the Philippines. How do you explain this paradox?

Jerry Lorenzo: Around 30 years ago, the Philippine Government implemented an agrarian reform program which said that no farmer could own more than 5 ha of farm land. As a result, farmer incomes declined due to diminished economies of scale and farm productivity. And with the fragmentation of smaller coconut farmers, they have little political influence to change the situation. Also with lower farm income, farmers are less bankable.   Ultimately, these farmers turn to middlemen such as consolidators and traders who support them financially but at a high cost and thus farmers can never get out of indebtedness. Now, Filipino coconut farmers are among the poorest of the poor. Franklin Baker is now a Filipino owned company, so we believe it is our duty to contribute to changing this situation and help build a nation where 25 million people rely directly and indirectly on the coconut industry.

Eric Servat: Until now, nobody really felt the need to invest in the coconut supply chain as coconuts are just everywhere. Most farmers in Mindanao are, on average, over 50 years old and trees are ageing too. There is no obvious transmission plan from one generation to another. Farmers lack support and young generations are giving up because they have no hope for a financially viable farm. It’s a shame because simple things could help change this situation. The ambition of the Livelihoods-Coconut project is to unlock the potential of coconut for smallholder farmers by improving their yields, connecting them directly to the market and developing new and viable economic opportunities for the youth and for women.

“We are very confident because everybody is putting skin in the game”,
Jerry Lorenzo, CEO of Franklin Baker

L.V.: Why is it so hard for companies to source directly from farmers in the Philippines?

J.L.: It is very difficult to source directly from farmers because you don’t deal with a few farmers but with thousands of scattered farmers. That’s why consolidators and traders have such a strong role. We already have some small direct relationships with farmers, but the Livelihoods-Coconut project is going to be our first large-scale direct sourcing program. The project will organize the farmers to groups. It’s basically trying to bring together again everyone that had been fragmented by agrarian reform. By partnering with the Livelihoods Fund and Mars, we have the capacity to deploy the technical advisory within groups and replant massively to enhance productivity and prevent a supply shortage.

E.S: You need the necessary skills and expertise to have a dialogue with 5,000 scattered farmers on a very regular basis. This is why the partnership with IRDF is so valuable. IRDF knows how to work with vulnerable farmers, engage with local communities and mobilize farmers’ associations. Finding the good partners is instrumental to drive change. One actor alone cannot address all the issues of the supply chain. Franklin Baker and Mars create all the necessary market conditions to sustainably improve farmers’ revenues and IRDF mobilizes them through associations and cooperatives. The Livelihoods Fund acts as a catalyst and establishes an active platform where all stakeholders can work together with a shared governance.

E.S.: We have a fully integrated project to increase family farms’ yields, establish transparent price mechanisms and diversify their farming activities to make them more resilient to change in markets and climate. We are also creating a stable access to market for them with Franklin Baker and Mars. And we have a 10-year project. It makes all the difference to adapt to the cultural setting and make social transformations over time. This is a very strong signal for farmers because we are telling them that in 10 years’ time we will still be there. So, they can fully engage in the project and plan. Our bet is that this project will attract more young people in coconut farming. And we are not coming with a one-size fits all package. We have the flexibility to adjust the project with different activities and options to make sure all farmers are thriving.

“Our bet is that this project will attract more young people in coconut farming”,
Eric Servat, Director of development at Livelihoods Venture.

J.L.: When Livelihoods Funds came to us, we were already thinking of implementing a direct sourcing programme. So, the timing was perfect. Livelihoods Fund’s team had a very professional approach. They knew where they were going and had a plan to get things done. The financial risk is borne by the Livelihoods Fund while IRDF will train the farmers. We will pay back the Livelihoods Fund on quantity of coconuts delivered by the project and Mars will buy desiccated coconut from us. We have all the components to be successful. Now, it’s a matter of execution but we are very confident because everybody is putting skin in the game. The project will provide us with around 10% of our supply but we are ready to take it to a 100% by scaling the programme to other areas of the country. Franklin Baker was processing around 600,000 coconuts per day in 2006 and we want to reach 2 million and more soon. Our company wants to drive growth and impact for farmers at the same time. When the project is successful, we hope to expand the programme nationwide to improve the lives of all Filipino farmers.