Is “smart” nature conservation on its way?

For a long time, defenders of natural resources and the business world have been fighting. They still do in many places. The media are quite good to report on it. But there are interesting signs showing that the lines are moving with a smarter approach to conservation and economy.


The World Conservation Congress of IUCN that took place recently in South Korea might be recognised as a milestone in this long and difficult move. Bernard Giraud, President of Livelihoods Venture reports

I was kindly invited to the World Conservation Congress in Jeju (South Korea) where about 10,000 people gathered from all over the world.   Most of them represented an impressive diversity of NGOs and researchers, engaged in everything that can be done to protect, conserve and restore the natural resources of this planet, from coral reefs to rainforest, endangered species, and so on. Governments were also strongly represented at this conference. Given the poor track record of such huge international conferences over the recent years, from Copenhagen to Durban and Rio, I must admit that I travelled to Jeju with a good provision of skepticism and limited hope that it would bring any change.

Being invited to present Livelihoods, an investment fund by the private sector, was a positive signal already. Indeed, Livelihoods uses  the carbon market mechanisms to help rural communities implement large scale projects of ecosystem restoration. Its hybrid model, providing return to both communities and investors, is quite far from the classical model of funding NGOs and governements are familiar with. 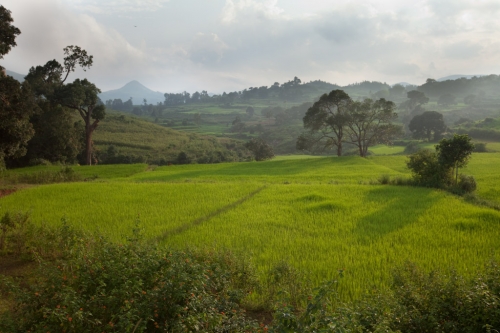 As a matter of fact, the two worlds of conservation and business  which have acted separately and/or conflictually for many years started an interesting dialogue in Jeju. Even more, the economy was at the center of the discussions: “can we and how to feed the world sustainably? Green growth: myth or reality? Can conservation contribute to tackle poverty?“. At a time when the world seems to be split in two parts, the old “developed” one that is facing major economic challenges, and the new “rapidly developing” one, it was quite encouraging to hear high level leaders converge on a common and urgent goal: the need to focus the intellectual and financial resources from both the public and the private sector to generate “nature based solutions”. There is a growing consensus today between leaders from governments, corporate CEOs and the NGO galaxy to admit that our world heads towards catastrophy if we continue to exhaust the natural resources, name it climate, biodiversity, water, oceans, etc. It is obvious that the mainstream economic model has brought a lot of wealth to a significant part of the world population but cannot be generalized sustainably. New economy should not be “against” but “with” nature.

Will the declarations and promises heard in Jeju remain just nice words or is there a chance that they will influence the decision makers? It is hard to say but there is at least one important thing that Jeju has contributed to clarify:  beyond their differences and sometimes conflictual situations, the world of conservation and the world of business cannot remain like “cats and dogs”. Co-creation will be the way to invent a sustainable future.

See the video on Nature and development at IUCN Congress