“Plant your tree !” with Oceanium (Senegal)

In Senegal, the association Oceanium conducts large-scale reforestation with native populations of the deltas of the Sine Saloum and Casamance to restore mangrove ecosystems severely degraded by human activity (logging, urbanization) and by the successive periods of drought in the 70’s.

For example, more than 7300 hectares, 100 million trees were planted by 110 000 people from 428 villages between 2009 and 2010. This year, Oceanium and people are committed to reforest 4,000 hectares through technical and financial support from Danone and Insolites Bâtisseurs Foundation.

To succeed in this project, several key steps are carried out by the Oceanium. The first is to involve all partners including: elected officials, village leaders, women’s groups and youth associations. For this, a great assembly was held with them in July to define the framework and strategy work and the objectives. 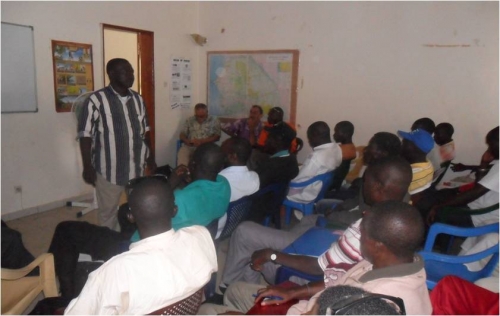 The second phase focuses on social communication. Weekly programs are scheduled in the private and community radios to reach and inform people of the interests of reforestation and conservation of the mangrove ecosystem. In the villages, screenings and meetings with people take place every night through trucks traveling with cinemas followed by discussions. 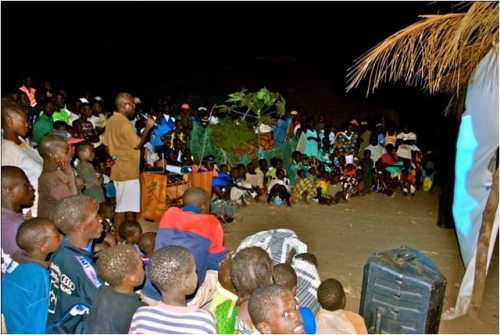 The third step is the training of field teams. Sessions of GPS for mapping reforested sites were given to twenty employees with modules on the Marking of plantations, the ecological classification of sites, security agents GPS, etc.. Finally, thirty leaders attended an upgrade on communication and environment education 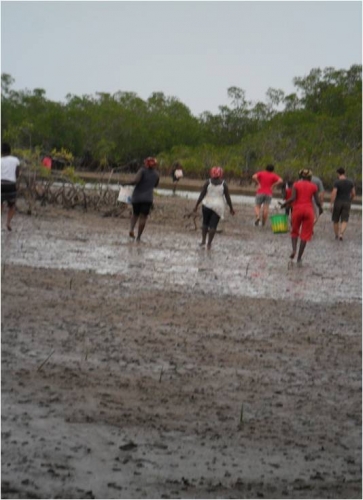 The last two steps concern the collection of seeds and reforestation. To date, more than 6,000 bags were collected (with an average of 1500 propagules per bag) and sent in hundreds of villages planters. For the record, Tobor, the village that has most mangrove reforestation in Senegal, now gathering seeds in sites previously degraded. This is proof that the regeneration of the ecosystem is very real. 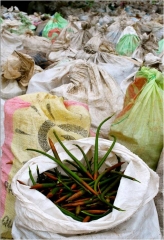 Through this preliminary work we begun reforestation on July 23 in the area of Oussoye and Niambalang in Casamance. After a month of campaigning, the first results are already positive, despite the farm work and heavy rainfall: 150 villages have been mobilized and participation in reforestation is important. Bode well when we know the number of participants and reforestation will increase until the end of October. As in previous years!