When conservation goes with development…

The Livelihoods Day initiated by the Livelihoods Fund was organized jointly with the World Agroforestry Centre (ICRAF), International Union for Conservation of Nature (IUCN), The Ramsar Convention, and the French Global Environment Facility (FFEM).

The COP marked an important milestone, the convergence of two previously separate worlds, “conservation” and “development” with the emphasis on the relationship between biodiversity and involvement of rural communities.

The Livelihoods approach and the organization of a Livelihoods Day at the COP is an important point of this development, given the participation of a large delegation of project developers working with communities: Ini Damien from Association for the Promotion of Women in Gaoua (APFG – Burkina Faso), Salifou Ouedraogo from SOS Sahel (Burkina Faso), Bambang Soprayogi from YAGASU (Indonesia), Habiba Ali from SOSAI Renewable Energy (Nigeria), to name a few. It is now time to move to action by coming up with innovative solutions to combine ecosystem restoration and food security, in order to improve the local people’s lives. 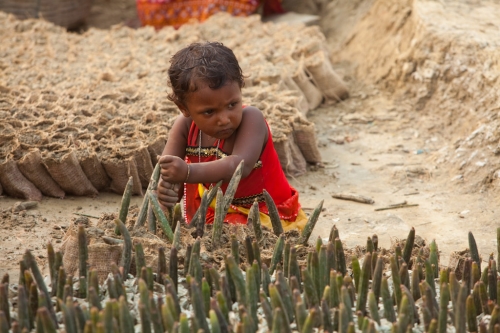 This Day was kicked-off with a press conference attended by about thirty journalists interested in Livelihoods’s approach which was discussed at length by Bernard Giraud, President of Livelihoods Venture. There were also two representatives of projects funded by Livelihoods, Manoj Kumar – CEO of the Indian organization Naandi Foundation presenting the Araku agroforestry project and Roy Chowdhury – CEO of Nature Environment & Wildlife Society (NEWS) Responsible for the Sundarbans mangrove restoration project.

The topic of the panel discussion that followed was: ‘Innovative approaches to deliver benefits to Livelihoods and Nature’. The goal was firstly to explain the importance of biodiversity for poverty, and secondly stress that action should be taken now.  To quote Braulio Ferreira de Souza Dias, the CBD executive secretary who opened the discussions, ‘now is the time for implementation and half-hearted measures will not be enough’.

‘Meeting the needs of current and future generations requires incorporation of biodiversity into economic and social policies,  as the poor depend on biodiversity for food, medicine, water, fuel, and building materials and shelter’, insisted Mr. Dia.

Then came the opportunity to share the Livelihoods Fund’s innovative concept which presents an efficient and sustainable economic model of shared value between local communities and private companies investing in the Fund.

The examples were there to testify. Manoj Kumar from Naandi Foundation gave a testimony about the undeniable benefits people receive from Araku through the ongoing project of plantation of 6 million fruit trees in the valley of the same name. Tangible benefits in terms of revenue, education and awareness on environmental protection were discussed.

Roy Chowdhury from NEWS underscored that ecosystem vulnerability is a matter of human rights. He presents the Livelihoods’ sponsored project in the Sundarban area, India, where 20,000 villagers are involved in ecosystem preservation. These people are paid, for example, for collecting seeds.

The afternoon was devoted to two other sessions with projects developers and experts on key challenges and learning with regard to transversal Issues Covering a Whole Landscape Approach. This session was attended by organizations such as SOS Sahel, Océanium (Senegal), Pronatura Sur (Mexico), Climate Pal (Kenya), World agroforestry Centre (ICRAF), Yagasu (Indonesia), Association for the Promotion of Women in Gaoua (APFG – Burkina Faso), Centre for Microfinance and Development (CAMIDE – Mali). They are all members of the Livelihoods Network and all working on the field to implement best practices in this innovative approach which simultaneously helps face climate change and against poverty challenges.