In early July Voyageurs du Monde confirmed its decision to invest in Livelihoods as the 7th company that joined the Fund. In May, the luxury brand Hermès confirmed its decision to invest in Livelihoods, preceded two months earlier by French Postal Group. The fund now totals 26.5 million euros of funding and has already invested in five large-scale projects in Africa and Asia, some other projects are in the pipe.   Other European companies are interested in the Livelihoods approach and are in discussions with the Fund. Danone (the originator), Schneider Electric, CDC Climat and Credit Agricole were the first.

Voyageurs du Monde is a French tour operator, who declines its products through three custom-made brands, Voyageurs du Monde, Comptoir des Voyages and Uniktours, and a pole nature and adventure with brands Terres d’Aventure, Allibert (2012 ), Comptoir des Voyages, Nomade Adventure Travel and Chamina Voyages. The group consists of over 800 people of 40 nationalities and has a consolidated turnover of 278.3 M€ in 2011 and a net profit of 5.8 million €

A responsible vision of tourism

Voyageurs du Monde was among the first tour operators in France to compete and achieve certification acting for Responsible Tourism, in 2008. This certification is the only one in France to be issued by an independent body (AFNOR Certification) on the basis of a precise reference and annual audits after demanding.

This ensures transparent information on the economic and social environment of the countries visited. It undertakes a consistent internal policy with the principles of responsible tourism and suppliers selected and sensitized.

Carbon offset of flight paths is taken from the margins of the group and paid to the association Insolites Bâtisseurs who brought funds together into a single entity to support reforestation projects. Since 2010, Insolites Bâtisseurs accompanies the NGO Océanium on restoration of mangroves in Senegal, in the Sine Saloum and Casamance and has committed € 1.5 million.

Insolites Bâtisseurs is committed to forest conservation and for economic development assistance in the southern countries, and hopes to encourage tourism businesses to share its values. 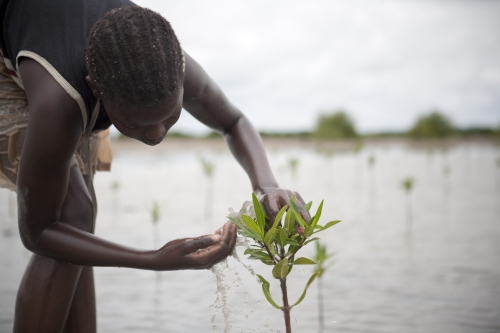 Recognizing the need to offset carbon emissions generated by the tourism industry, Insolites Bâtisseurs wanted to invest in Livelihoods Fund that pools reforestation programs and the fight against deforestation by combining social and environmental concerns in the whole world. “This decision was based on the expertise of Livelihoods carbon certification and diversity of projects of the Fund which divided the risk. Insolites Bâtisseurs may, moreover, add to each supported project, a tourism expertise to local economic development. “Said Lionel Habasque, CEO of Voyageurs du Monde, President of the association Insolites Bâtisseurs.

PrevPreviousLivelihoods events in India in October 2012: A milestone for the Network
NextThe Araku Way of LifeNext